JKP is the creator of the most widely used test patterns available in DVD, HD-DVD and Blu-ray formats, including Digital Video Essentials, DVE Test and Demonstration Materials, and DVE – HD Basics. 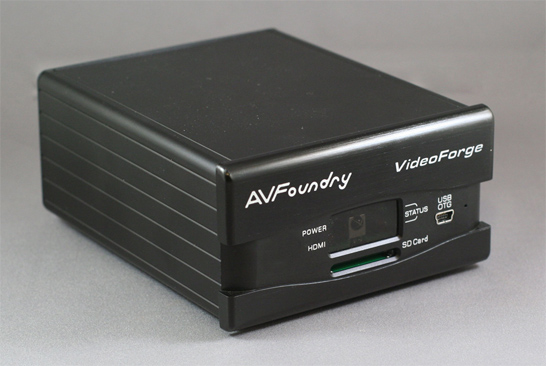 “The VideoForge’s extensibility allows us to innovate more quickly and keep up with rapidly changing display technology,” said Joe Kane in announcing the release of the pattern set.

When AVFoundry introduced the first fully digital video test pattern generator last year, it promised that because the patterns are generated in software rather than dedicated logic circuits, the generator would be infinitely upgradable and extendable. JKP’s release today is one of the fulfillments of that promise.

“Some of the patterns were originally only available on the HD DVD of DVE Test and Demonstration Materials. Othersare completely new,” Kane explained. “Several were designed specifically for the post production community,” he said.

Get a complete list of test materials and description of their use.

According to JKP, this set of patterns introduces a new way to analyze 3D video image quality. “When it comes to evaluating or calibrating a 3D display, 3D is essentially two 2D images,” Kane said. Kane emphasized “It is equally important to know the 2D capability of a 3D display. We are therefore also including 2D test materials in this package.”

The JKP Pattern Set for the VideoForge contains a number of patterns in a format JKP calls
3D flat”. They are formatted for 3D, often having left eye right eye identification, but are otherwise in the plane of the screen.

These patterns can be used to evaluate the quality of a 3D display without the use of glasses. This approach works for both active and passive displays, and allows separation of what the display is doing from any signature added by the glasses.

“Having this pattern set on the VideoForge recently allowed me to demonstrate something I’d been trying to explain to a major manufacturer for months,” Kane said. “As soon as they could see it with these patterns, they understood in minutes.”

The JKP Pattern Set for the VideoForge also contains 720p patterns to qualify what a display is doing in 720p versus 1080p.

In addition to patterns, the Pattern Set contains a variety of still images as a final check on calibration and for use in evaluating image quality. Some are confined to the 16 to 235 dynamic range and others go out to the peak video capability of 254. Several of the images are down conversions from much higher resolution source images, making them ideal for challenging a true 1080p display capability.

The VideoForge generator and JKP Pattern Set for it is available from the AVFoundry Pattern Store on-line:
www.avfoundry.com.

AVFoundry offers innovative products to improve the audio and video experience, leveraging the latest digital technology to bring more capabilities to market than ever previously available. AVFoundry’s VideoEq color processor advances the state of the art in color correction for video displays, and the VideoForge brings unprecedented flexibility and power to test pattern generation.

Joe Kane Productions (JKP) was founded in 1982 with the intent of assisting the video industry in improving the quality of video. Through work with the Hollywood post production community and the Society of Motion Picture and Television Engineers (SMPTE), it became clear that there was a need for an easy to understand description of how video should be displayed. In 1988 the company illustrated the SMPTE specification for display device setup in a laserdisc program called A Video Standard. It became the first widely distributed illustration of how video is supposed to work and was the beginning of a critical reference for television. Video Essentials followed A Video Standard on laserdisc in 1996 and on DVD in 1997. In 2003 Joe Kane Productions released the first of many versions of Digital Video Essentials, also known as DVE.

JKP has been actively involved in lectures, training, writing, and consulting on topics of display standards including such diverse topics as screen specification for projection displays and specifications for all sorts of equipment used to drive displays. The company’s clients include most of the television networks; many post production facilities, a large number of equipment manufacturers, and home theater installers.