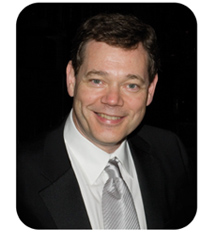 Mr. Kane specializes in the sciences of electronic imaging and accurately reproducing video signals on display devices. Those efforts have been the focus of his company, Joe Kane Productions, since its founding in 1982. In the mid-1980’s Mr. Kane joined and later became chair of the Society of Motion Picture and Television Engineers (SMPTE) T14.28 Working Group on Professional & Studio Monitors. It brought organization and consistency to displaying video images in the professional and broadcast worlds. Members of the Working Group challenged Mr. Kane to communicate a similar message to consumers, which was initially realized in 1989 in a laserdisc called A Video Standard. It was innovative in its use of video to explain the NTSC video system to consumers. It was also the start of a long-term involvement in consumer electronics and home theater.

Mr. Kane writes articles on and about the television industry for a number of magazines.  He became the Technical Editor of The Perfect Vision in the early 1990’s for about three years, presents seminars for system installers, and works with manufacturers and program production facilities to further those efforts.  JKP continues to produce video tutorial material for consumers as new developments or formats occur in video. Video Essentials was brought out on laserdisc in June of ‘96, then on DVD in October of ’97 to help explain the transition from composite video to component video. Digital Video Essentials first appeared in high definition in the D-Theater format in May 2003 and then in standard definition on DVD in August 2003.  Having both formats available was designed to help explain two important transitions in the video industry.  The first was analog to digital and the second was standard definition to high definition. The Professional version of DVE appeared early in 2005, ushering in the topics of digital compression and progressive high definition video. These discs served as a reference for video quality prior to the coming of the HD DVD and Blu-ray formats.

JKP’s first disc in either of the new HD disc formats was the HD DVD of DVE: Test and Demonstration Materials, which came out in April of 2007.  March 2008 saw the introduction of DVE: HD Basics on Blu-ray and HD DVD. This program updated consumers on the current state of displaying HDTV. The majority of the content in the program is 1080p/24, suggesting film rates in video signals can be shown as film motion. We’re finally able to break away from the errors in film motion caused by conversion to 50 or 60 Hz video rates.

As CEO of Joe Kane Productions, Mr. Kane continues his efforts in supervising the design of progressive digital HD displays; helping to make sure they conform to ITU and SMPTE specifications, working on digital compression image quality, helping obtain the best possible video quality from optical media players, and presenting lectures and demonstrations about high definition technology.  The company is supplying test materials for the AVFundry VideoForge generator to help answer issues in 3D and provide a source signal quality much better than what can be had from most consumer video distribution channels.

JKP is currently working on specification and test materials for UHD, with the hope of a assisting in coming up with a revised version of UHD that will completely replace HDTV.